by Nik
in Soccer
0

The EPL brings more action this weekend as Arsenal will host West Ham United. The Gunners are heading into this game after a solid 4-0 win over Newcastle at home. And on the other side, the Hammers won against Southampton 3-1 at the London Stadium.

The Gunners are have improved their form lately as they managed to get a few solid wins. Moreover, in the game against Newcastle, they managed to score 4 goals at home for the first time in 2 years. However, the North London based team was shocked at home in the Europa League against Olympiacos. They lost the game in the final minutes of extra time and were knocked out of Europe this season. It was a big blow for Arteta’s team to get back into their Champions League. Yet, the team managed to bounce back as they beat Portsmouth in the FA Cup 0-2. Nevertheless, they are 5 points behind Man. Utd for the 5th spot which may be a Champions League position considering Man.City ban from European football.

On the offensive side of the game, the Gunners scored 39 goals and conceded 36 goals. Therefore, they have a positive goal difference of 3 at this point of the season. And their recent record stands at 2 wins and 3 draws in the last 5 league games. 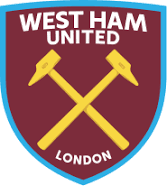 The Hammers are in a relegation battle this season. Moreover, they are now on the 16th spot with 27 points, same as Watford and Bournemouth. Therefore, this will be a tight relegation race this season. On a positive side, the Hammers have been steadily improving and that can be seen through their results. Also, they have Bowen and Antonio in good form as both scored in their last win against the Saints.
The Hammers improved under David Moyes but they still have a long way to go to secure their top-flight status.

On the offensive side of the game, the Hammers scored 35goals and conceded 49 goals. Therefore, the team has a negative goal difference of -14.

Prediction
This game will be a great test for the Gunners as the Hammers will probably seat and defend deep. Also, David Moyes’s team will probably employ counter-attacking tactics through the flanks with players like Bowen and Antonio. However, Arsenal is the better team and they have a good record against West Ham at home.
Take the Gunners to win this one.