The MLB brings more action today as the Tampa Bay Rays will play against the Texas Rangers at Rangers Ballpark in Arlington, Texas. This is game one between these two teams.

Tampa Bay Rays Form
The Tampa Bay Rays have been working hard to get into the playoffs this season. And know they have a great chance to achieve that. Moreover, their recent form is great as Tampa won their last five games in a row and 10 of their last 11. Yet, the Rays need to keep winning as they are battling the A’s and Indians for one of the two playoff slots in the American league. Right now, the Rays have a solid 2.5 game lead of the Indians, who are in the 3rd spot. 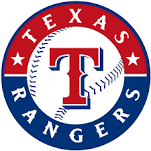 The Rangers are another team that has nothing to lay for this season. Their only motivation is to win games for pride and prestige. Also, this Texas is one game under .500 for the year but they do come in off a four-game road win against  Baltimore Orioles. Moreover, they outscored the Orioles with 29-15 in that series.
The Rangers home record stands at 40-29 for the year.

Prediction
The Rangers are playing well lately and it seems that they are building a good team for next season. However, the Rays need to keep winning in order to secure a playoff spot. They are in good form and there is more to come from them. Therefore, I expect a dominant win for the Tampa Bay in this game.