The NBA is back in action as the Toronto Raptors will clash with the Brooklyn Nets. The North won the first two games of this series, although the 2nd game was really tight as the end score was 99-104. 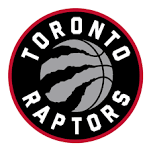 The Raptors are once again a team that is aiming for the top. Moreover, they showed their quality as they managed to contain the Nets in the first two games. In the 2nd game, the Raptors shot 43.7 per cent from the field, including nine of 35 from three-point range, and forced 17 Brooklyn turnovers in the contest. Fred VanVleet led the team with five rebounds, 10 assists, and he was supported by Norman Powell six rebounds as both scored 24 points each in the win. 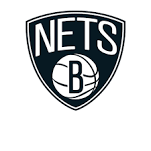 The Nets lost the first two games of this series even though they played in the 2nd game. They adopted good defensive tactics and that paid off for the most of the game. However, they were not able to maintain their lead in the final period of the game. Garrett Temple paced Brooklyn with 21 points in the loss.
Therefore, the Nets will need to improve in order to get back into the series.

Prediction
The Nets had a good chance in game 2. But they were not able to capitalize on that as they lost in the final period of the game. Also, they will be without Harris in this game. On the other side, the Raptors are healthy and ready to go at this stage of things. Therefore, I expect a win for the champions in this game.