The NHL is back in action today as the Philadelphia Flyers will clash with the Colorado Avalanche.
The Flyers are coming off a 4-3 home win over the Senators. And on the other side, the Avalanche came up short in a 5-4 overtime home loss to the Flames on Monday night. 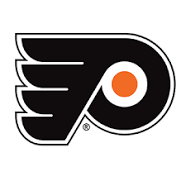 The Flyers are heading into this game after a disappointing defeat. Moreover, they have now three games on the road including this one against Colorado. However, this Philadelphia team is on a high at the moment as they enjoy a good run. They have won 6 of their last 7 games while showing some great performance.
Also, they had the in-form Claude Giroux as he scored three points in his last four games. Therefore, it is safe to say that the Flyers are flying at the moment. 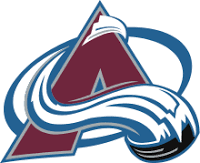 The Avalanche are also playing some great hockey in recent weeks. Moreover, they have now won 6 of their last 7 games in the NHL. Also, they have Nathan MacKinnon is in terrifying form as he has five points in his last four games. The 24-year old center has 19 goals along with 28 assists so far this season.
Also, Gabriel Landeskog is coming back in the lineup. The captain has a good record since his return as he scored 2 goals in the last 3 games.

On the offensive side of the game, the Avalanche score an average of 3.7 goals per game which is the best record in the NHL so far this season. They are conceding an average of 2.7 goals, placing them on the 9th spot overall.

Prediction
Both teams are on a good run. Also, both sides are playing some good hockey in recent weeks. However, my pick for this one is Colorado Avalanche. They are playing at home that they have their captain back for this game.
The Flyers will miss Travis Konecny and that is a blow for them. Also, the Avalanche have the best offence so far this season. Therefore, the Avalanche is my pick in this one.